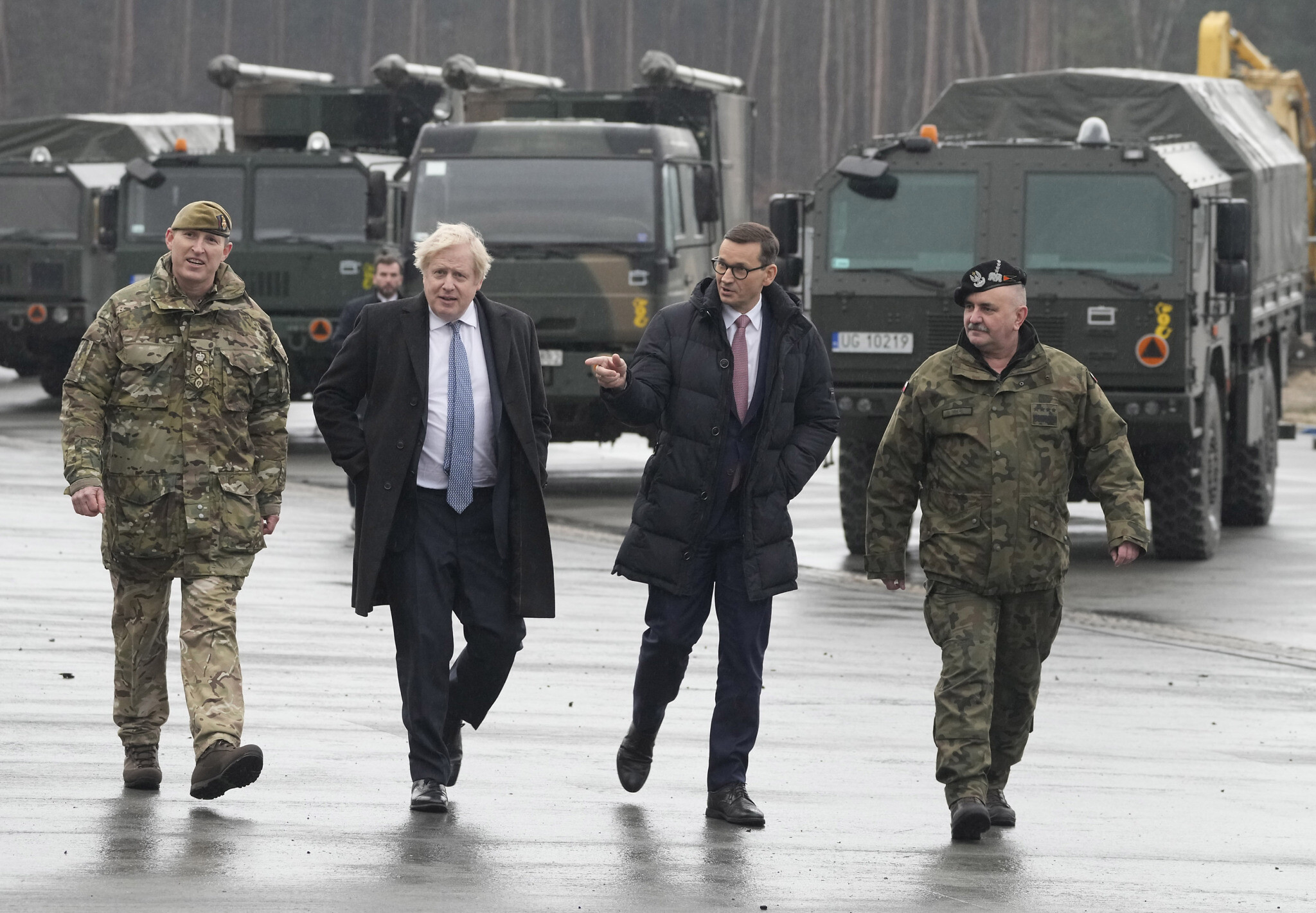 British Prime Minister Boris Johnson, center left, and his Polish counterpart Mateusz Morawiecki talk to British troops stationed in Poland on a NATO mission of enhancement of the alliance's eastern flank in Wesola, near Warsaw Poland, On Thursday, Feb. 10, 2022. Johnson was in Poland for talks with Morawiecki and President Andrzej Duda on European security and Russia's military buildup near Poland's neighbour, Ukraine. (AP Photo/Czarek Sokolowski)
SHARE

North Atlantic Treaty Organisation (NATO) Secretary-General, Jens Stoltenberg, has said on Thursday the alliance had no combat troops inside Ukraine and had no plans to send any into the country.

Stoltenberg said this at a news conference on Russia’s invasion of Ukraine.

“There are no NATO combat troops, no NATO troops at all inside Ukraine.

“ We have made it clear that we don’t have any plans and intention of deploying NATO troops to Ukraine.

What we have made clear is that we have already increased and we are increasing the presence of NATO troops in the eastern part of the alliance on NATO territory,” Stoltenberg said.

Ukraine is a partner of the Western defence alliance but not a NATO member.