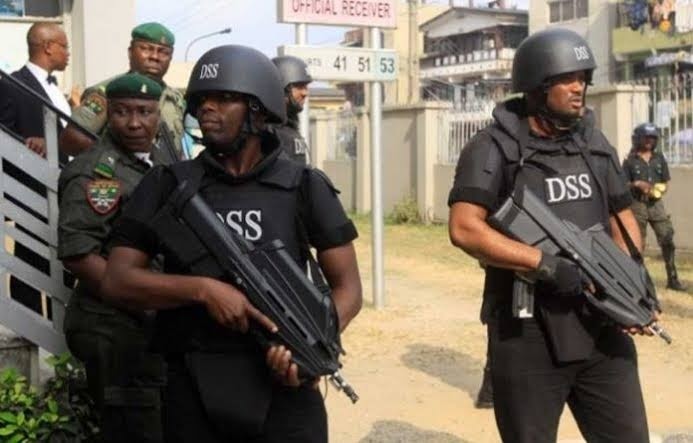 The Department of State Services (DSS), on Wednesday, complied with the advice of a Federal High Court, Abuja, not to block the court premises and environs ahead of the trial of the leader of the proscribed Indigenous People of Biafra (IPOB), Nnamdi Kanu.

The News Agency of Nigeria (NAN) reports that the trial judge, Binta Nyako, who fixed today’s sitting at 1 pm, had advised the officers of the DSS to inform their office about her recommendation.

Although Nyako did not specifically make an order, directing the security outfit against such an act, she said this would allow the business of the court not to be grounded.

A check at the court early in the morning showed that FHC staff, lawyers, litigants, journalists, among others, had free access into the high-rise building and its surroundings.

And as at the time of filing the report, there was free movement of people and vehicles within and outside the court.

NAN reports that the judge had, on Jan. 19, advised the DSS not to take over the security arrangement of the court today until 12 pm.

The court instructed DSS to only take control of the court security arrangement when the trial of Kanu, on terrorism charges, resumes.

Nyako had complained that trials of other cases are affected each time Kanu’s trial takes place due to heavy security presence and blockade of roads leading to the court.

She then shifted the terrorism trial till 1 pm to ensure that other cases are accommodated.

Man kills neighbour over bucket of water in Kaduna
Next Article

Buhari asked to resign over contaminated petrol
Leave a comment