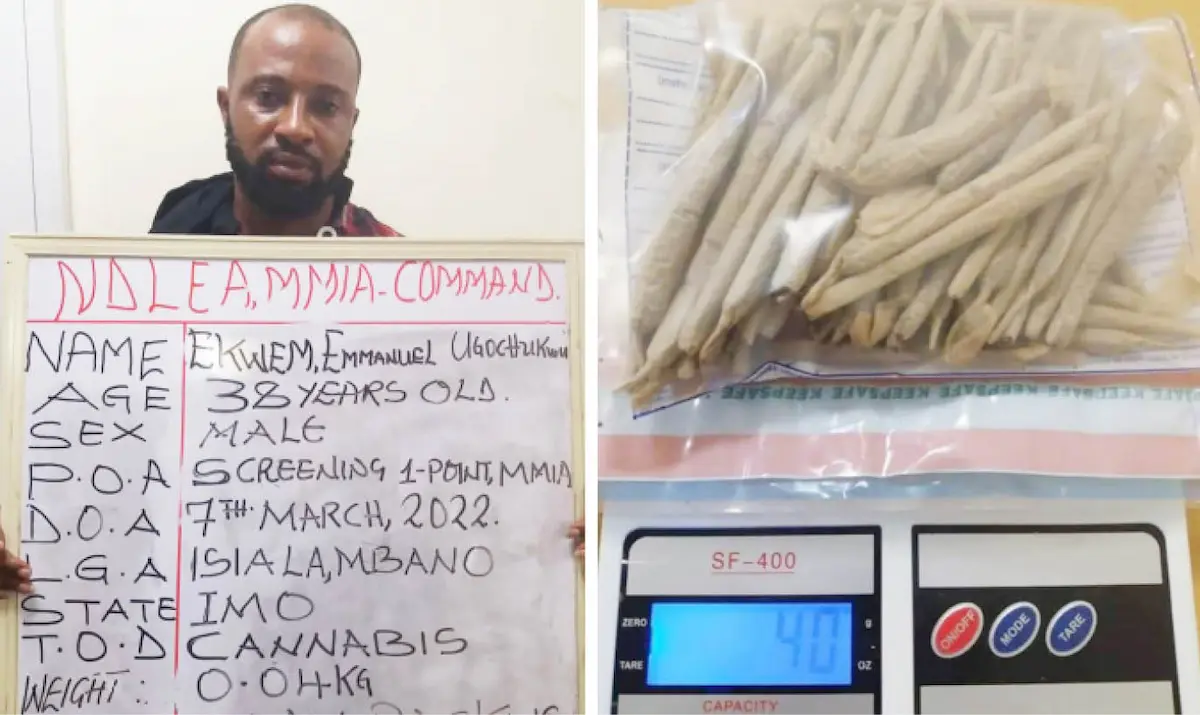 The cleric was nabbed at the Murtala Muhammed International Airport in Ikeja, Lagos while on his way to a crusade in Nairobi, Kenya.

About 54 sticks of drugs, which tested positive for cannabis, were wrapped around his body.

The preacher has his church headquarters in Isuaniocha, Mgbakwu road in Awka, Anambra and two other branches in Lagos and Abuja.

Ekwem was intercepted during the outward clearance of passengers on an Ethiopian Airlines flight to Nairobi via Addis Ababa.

NDLEA spokesman, Femi Babafemi said he confessed that the substance was for use during his three weeks crusade in Kenya.

Another passenger, Nnakeanyi Chukwuka King, who arrived in Nigeria via Ethiopian Airlines flight from Sao Paulo, Brazil via Addis Ababa, was caught.

During a search of his luggage at the Lagos airport, 40 parcels of cocaine concealed inside bottles of body cream weighing 9.70kg were recovered.

Korra Obidi’s husband clears air on paternity of their children

Osinbajo opens up on having issues with Buhari
Next Article