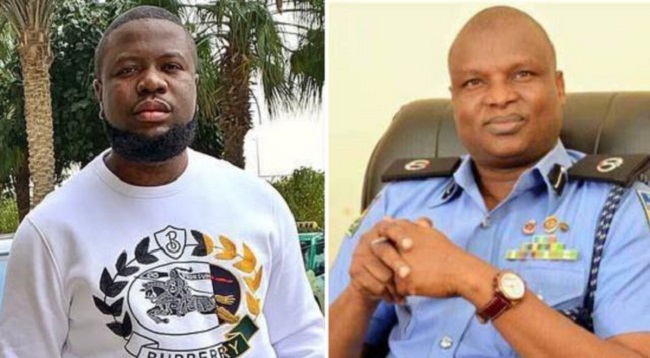 The Federal Government has approved the request by the United States of America, for suspended Commander of the Police Intelligence Response Team, Deputy Commissioner of Police (DCP) Abba Kyari, to be extradited

The US had demanded Kyari’s extradition in April, 2021, over his alleged involvement in the $1.1million wire fraud by Abass Ramon, aka Hushpuppi.

The approval for his extradition was made known by the Attorney-General of the Federation and Minister of Justice, Abubakar Malami (SAN) after he filed an application before the Chief Judge of the Federal High Court in Abuja.

The application marked: FHC/ABJ/CS/249/2022 was filed under the Extradition Act.

Malami said he was satisfied that the offence in respect of Kyari is not political nor is it trivial.

The AGF noted that the request for the surrender of Kyari was not intended to persecute or punish him on account of his race, religion, nationality or political opinions but in good faith and the interest of justice.

The AGF stated that having regard to all the circumstances in which the offence was committed, it will not be unjust to surrender the suspended ACP.

He noted that there was no criminal proceeding pending against Kyari in Nigeria for the same offence.

Recall that in April 2021, with the approval of the United States District Court for the Central District of California, the US Embassy requested for Kyari’s extradition.

Meanwhile, Kyari’s Bail was struck out by a Federal High Court, Abuja, till the National Drug Law Enforcement Agency, NDLEA, concludes its investigation on his alleged involvement in international drug trafficking.

Korra Obidi’s husband clears air on paternity of their children

China issues warning to citizens in US
Next Article

South-East: No end in sight as siege of insecurity persists
Leave a comment